I was talking to a marketing expert a couple of weeks ago and we were discussing how to do marketing e-mails properly. The first rule is that the title of the e-mail as it appears in your inbox shouldn’t be more than 6 words and shouldn’t feature any symbols otherwise it won’t get seen properly. Then the e-mail itself should be clear and concise and very much to the point so as to get the message across in the most effective manner. Then there should be blah, blah, blah. I think you can tell from this and any other recent e-mails that I really didn’t listen to a word that was said, in fact Mailchimp (the system I use to send these) actually told me off for using more than 100 characters in my title, I’m such a rebel! Digital marketing is such a big thing these days and has allowed me to write these little missives without worrying about print and postage costs and that’s a good thing. What it has also allowed is for people to come up with ever more niche products knowing that they can shout about them to a very large audience without too much expense. At least that’s the only way that I can explain this: 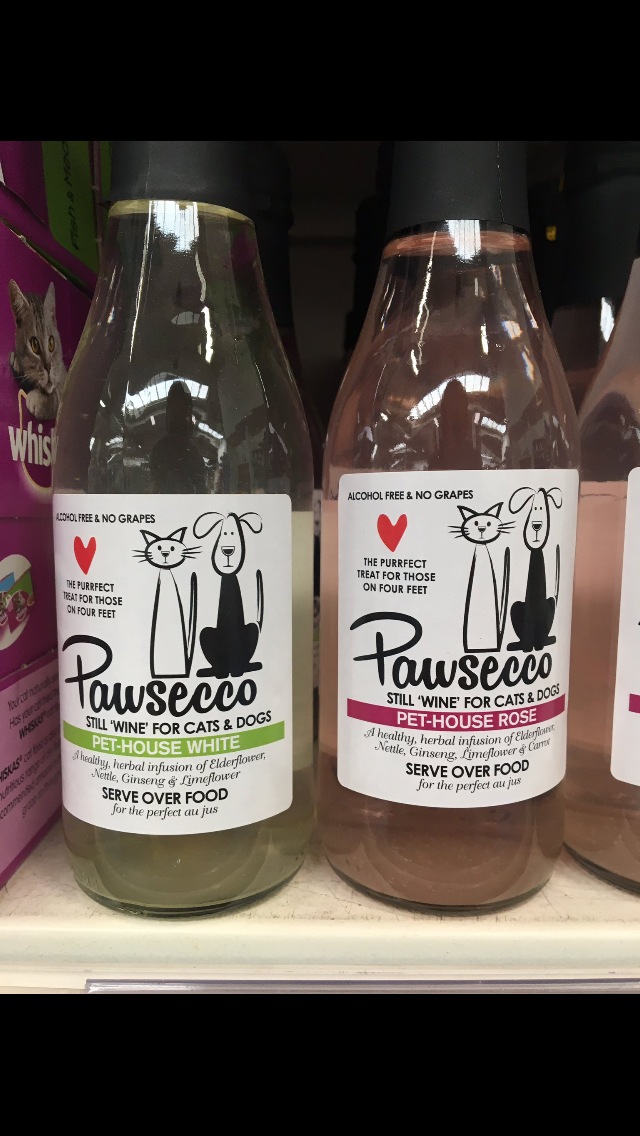 What the actual f! I’ve mentioned previously about the attempts to cash in on the Prosecco market with the likes of Asda’s Progrigio but this takes the dog biscuit. The very creation of this shows that the overuse of recreational drugs is still rife in the world of pet food marketing, (see Eddie Izzard’s riff on dog food Cesar from his brilliant Definite Article show, link here). What is much more disturbing than the idea that it has actually been created in the first place, is the idea that someone spots that next to the Whiskas and thinks to actually buy it. I can see them sat on the settee at midnight blurrily watching Dirty Dancing for the umpteenth time with their Prosecco’d up pet drunkenly gushing about how he/she wasn’t worth it anyway and that in the morning they’ll go on some twisted feline type Thelma & Louise Odyssey which will end badly when the car goes off the edge of the cliff but the cat survives because it lands on it’s feet, obviously. This could never happen because the Pawsecco doesn’t contain any alcohol, or grapes, or, one suspects, dignity.

There we are the cat is out of the bag and that cat is moving at quite a speed. By the end of the first

This case has been so popular and I thought it was time to introduce some new wines so here are the latest offerings. One bottle

Waterkloof Circumstance ‘Cape Coral’ Rose, South AfricaThere is more than one entry from this property in today’s email and that is because it is that

Not the most readable list but given the technical glitches affecting the proper list it is here just as a quick guide should you require.

Thursday 19th March 6:30pm Tickets £20 We are over the moon to be welcoming the legendary Chateau Musar to the wine bar. This tasting will

Thursday 27th February 6:30pm Tickets £20 I’ve always had a soft spot for Australian wine and given the horrendous bushfires I thought it was an