Natural Wine, what’s that all...

Since I started doing this 25 years ago there have been plenty of new things appear and at first that was mostly the excitement of wines from a previously unheralded country. It may seem hard to imagine that there was once a time when wine from Australia was a nonsense, Chateau Chunder was once as good as it got. Then there’s grape varieties and we moved from Sauvignon to Picpoul and that’s fun and to be honest we’re a long way from exhausting the incredible number of varietals out there but the fun of the new for grapes has gone. So what next? What on earth could be written about by the countless thousands of wine bloggers and vloggers that would make them seem like the vinous version of Christopher Columbus? Well it would seem that the wine version of being vegan for a bit is ‘Natural Wine’. (By the way I have nothing against vegans, unless it’s being done because it matches your skinny jeans, we have plenty of vegan friendly wines so just ask if you are unsure.)

What is Natural Wine?

Well there’s the tricky thing and there isn’t really a clear cut answer as such. As with many new things there will be people that believe in it and then people who reallybelieve in it. Other questions, if a wine isn’t natural then is it unnatural? If a wine is really natural then is it supernatural? Let’s start off with some simple stuff, the vast majority of the world’s most respected, well rated and often expensive wines will not be natural wines. The vast majority of the wines I sell and enjoy drinking are not natural wines and most of what you drink and have drunk are not natural wines. Are we wrong, are we missing something, who is to blame for peddling all of this not natural wine? I once wrote in one of these ramblings that I don’t care if it’s made from out of date Um Bongo, does it taste good? That still stands today and yes it is a very flippant and silly comment but at the end of the day we should be drinking wine for the pleasure we get from it’s bouquet, the flavours that send our olfactory bulbs in to raptures, the texture as it caresses the palate, and the way it can make you feel nice and fuzzy. There is a natural wine merchant in Settle who said recently that ‘I would much rather drink a bad bottle of natural wine than a bottle of conventional wine’ which has got to be utter Horlicks. So for the sake of some clarity as to what I’m taking as natural here are some criteria that one of our suppliers drew up:

Organically or biodynamically grown grapes
No irrigation
Hand picked
No added sugars, yeasts or bacteria
No adjustments for acidity
No external flavour additives other than those imparted by barrels
Minimal or no fining
Light filtration, or none
No micro-oxygenation, reverse osmosis, spinning cone or cryoextraction
Total sulphites typically less than 70mg per litre

Now let’s be honest some of the things above sound very technical and will go over most heads, mine included. What it does show is that there is a lot of technical wizardry that can go on in a winery, but some of those things above are also very simple and I would expect any producer of really good quality wines to do those, but at the end of the day what we’re really dealing with here is farming. Mother nature rules the roost and she can be a fickle mistress so I can see why wineries need plenty of tricks up their sleeves. The thing is to make sure that your tricks are simple and respect the land and this is where less is definitely more. The problem is that the most ardent exponents of natural wine would have you believe that nothing is more and that’s where it starts to get silly. I read a Tweet about natural wine which went something like this ‘Get the true experience of natural wine by farting in to a glass and smelling that’. Now that may seem a little uncouth but I’ve sniffed and tasted my fair share of cloudy natural wines and it’s not a totally inaccurate description. 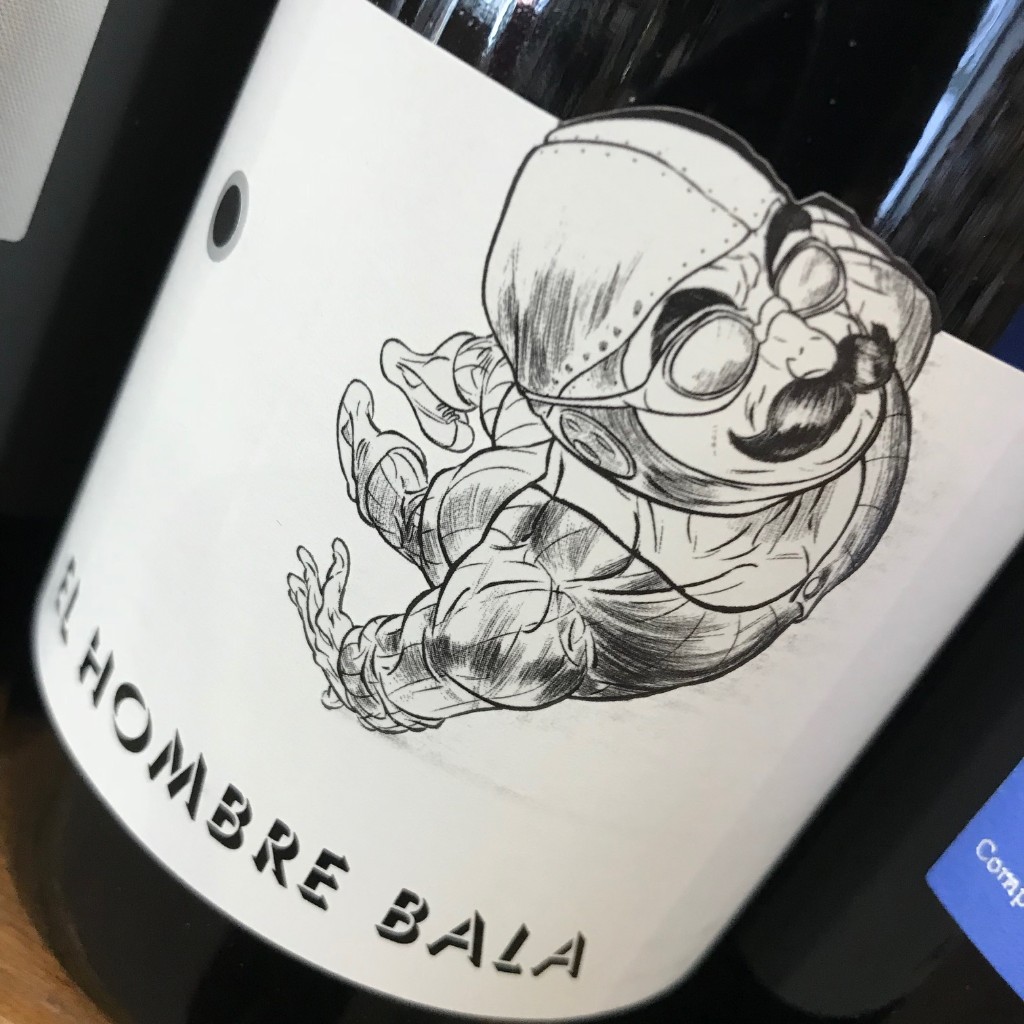 If I have a real gripe with the really full on natural wines it’s that with them being trendy wines made by trendy types they very often have great, modern, fun labels. That’s not fair, I want to see more fun on my wine label, I’ve seen too many Chateaux, I want an abstract drawing of a hedgehog in a top hat with a name like ‘Spikey Malone and His Adventures in Barbera’

In the meantime here is a list of the wines we have in stock that match up to the criteria above:

There we are the cat is out of the bag and that cat is moving at quite a speed. By the end of the first

This case has been so popular and I thought it was time to introduce some new wines so here are the latest offerings. One bottle

Waterkloof Circumstance ‘Cape Coral’ Rose, South AfricaThere is more than one entry from this property in today’s email and that is because it is that

Not the most readable list but given the technical glitches affecting the proper list it is here just as a quick guide should you require.

Thursday 19th March 6:30pm Tickets £20 We are over the moon to be welcoming the legendary Chateau Musar to the wine bar. This tasting will

Thursday 27th February 6:30pm Tickets £20 I’ve always had a soft spot for Australian wine and given the horrendous bushfires I thought it was an